As part of the RIBA’s Ethel Day 2019 celebrations, the RIBA are sharing stories of women throughout history whose contribution to architecture may not be well known.  We are delighted that RIBA North East have chosen to focus on our very own Jane Darbyshire.

Now retired, Jane’s design and work ethos has become embedded in the practice and remains at the core of how JDDK Architects manage their business and approach to work today.

Here, she reveals the principles of her approach to architecture. 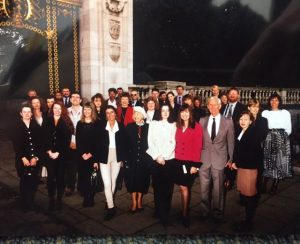 “My approach to architecture has been shaped by three main influences: the Arts and Crafts movement, traditional Japanese architecture, and Frank Lloyd Wright, his work and his writings.

Nikolaus Pevsner wrote that Architecture should reflect ‘The creative energy of this world in which we live and work, a world of science and technology, of speed and danger, of hard struggle and no personal security’, but I believe that faced with such a world, the human need for a secure anchor, for a form of shelter that is familiar, secure and understandable is greater than ever. That is not to exclude drama; excitement and drama can have a place in uplifting the spirit, but architecture resulting from the indulgent self-expression of many contemporary architects alienates rather than communicates.

I believe that we should seek to achieve what the great Arts and Crafts architect, Charles Voysey, described as ‘Enduring Qualities’: those elements which enable a building to communicate with its users and I believe that they are as valid today as they were then.

Sense of Place
Respect of local styles and characteristics does not entail the mindless imitation of regional features, rather the progression and development of local style devising new forms of expression which respect the past in spirit only.

Understanding of the structure and materials that shape one’s environment
Ruskin wrote ‘That building will generally be the noblest, which to an intelligent eye discovers the great secrets of its structure, as an original form does, although from a careless observer they may be concealed’.

Ornament
A very unfashionable word I know, but understood not only by Ruskin and Morris but also by Frank Lloyd Wright. Not only does ornament help to give buildings an added dimension of scale and interest at close quarters it is also another way in which architecture can communicate with its users.

Relationship to landscape
Japanese Architecture demonstrates that architecture and landscape are inseparable elements – nature and buildings, the two should be in complete harmony, it is impossible to think of one without the other.

Architectural ‘Style’
This should evolve out of the needs of the User and the Brief. It should be an end result, not a starting point.

My belief is that successful architecture demands on the part of the architect a great deal of humility and most importantly a feeling of being part of the community for whom one is privileged to design.” 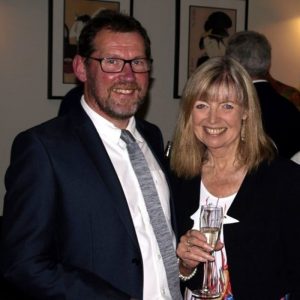 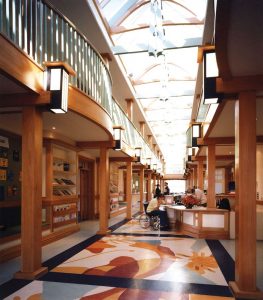 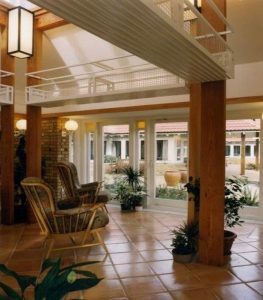 Marie Curie Centre in Newcastle upon Tyne, a hospice designed to feel like a comfortable country house whilst offering the most advanced techniques in palliative care, completed in 1995 © JDDK Architects